Seven Things about Me

I've been tagged by Cedar at Adirondack View to come up with seven "weird or random" things about me, so here goes:

1. I've watched ever single Academy Awards show since they were first televised in the 1950s. Never, ever missed one.

2. I have three grandchildren and the first and second one are 24 years apart.

3. I wanted to be a singer but I was too homely and too shy. That was before Barbra Striesand. If I had been born after her I might have actually tried it. I could sing pretty well, but not nearly as well as Barbra.

4. I hate Jazz. I don't just hate it, I despise it. I can't watch the weather Channel's "Weather on the Eights" because they insist on playing Jazz. I could never listen to NPR all day long, because there is altogether too much Jazz. When they play Jazz as the "On Hold" music, I have to hang up, no matter how important the call.

5. I've wanted to live on an island ever since I was a little kid, and so far I've lived on two.

6. My left arm is almost a full hand length longer than my right arm.

7. I am half Italian and half Finnish. I love being both, though they couldn't be farther apart in looks, temperament, religion and geography.

So I've fulfilled my part here. I'll be tagging some others and when I do, I'll post them here.
(That was fun! I had no idea what I would come up with when I started.)
Posted by RamonaGrigg at 11:48 AM 4 comments: 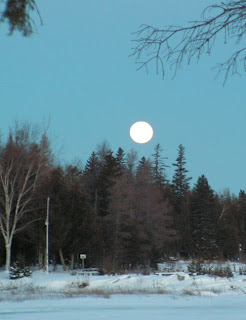 ke and opened the curtains just in time to see the December full moon slowly sinking behind the low trees on the west side of the bay. The tilt of the earth in winter gives us a view of the setting moon that we don’t have any other time of the year. In summer it rises behind the cabin, above the tall trees, stays for a brief glimpse, and then eases out of view while it’s still high in the sky.

It’s rare in winter to have a clear morning sky, so I think I can safely say that until yesterday I’ve never seen the setting moon over these waters.

Which is why, even though no number registered on the thermometer—it read zero—I threw my jacket on over my nightgown (the nightgown that goes to my kneesies), jammed my bare feet into my Crocs, grabbed my camera, and raced out 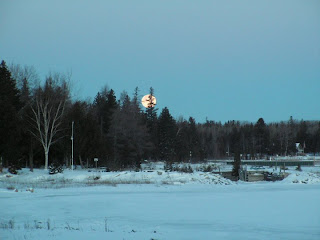 onto the deck in order to catch the last of that moon sinking behind the trees. Just so you could see it along with me.

That was yesterday. Today the temps went up to 36 degrees and everything began to melt. Which was fine with me—love the fluffy white stuff, but that gray, soupy junk not so much—but then we heard that by tomorrow the digits were dipping to singles again. That meant that the ton of snow on our roof would likely compact and freeze into two tons of ice.

So out came the greatest invention known to Northern Man—or Woman. The snow rake. The snow rake has no moving parts, no fancy screen, no chips, no pixels, no memory, no earthly way to program it—but all by itself, it does the best job anyone has ever seen of pulling tons of heavy snow off of snow-clad roofs. 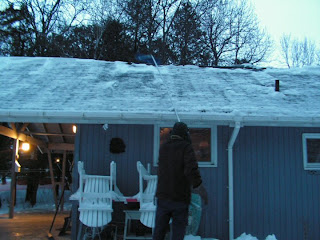 Well, wait—it doesn’t do it all by itself. It takes some manual labor to get it to do its thing. Sometimes a whole LOT of manual labor. But the point is, it does it without balking, without stalling, without coaxing or coercing. It’s simply a slightly curved metal rectangle attached to a v-e-r-y long pole. You position that rectangle at the top of the roof and drag it down until the snow falls off the edge and onto the ground. That’s it.

When the snow from the roof falls to the ground, it’s where it should be. But when it falls onto the deck, it’s only the first step in the snow removal process. That’s where I come in.

Step number 2 requires that someone take that heavy mound of snow and somehow shove it off the edge of the deck and onto the aforesaid ground. Because Northern Man is busy with the roof rake, Northern Woman (me) must take up the snow shovel and figure out a way to get the now cement-like mound of snow off of the deck without killing her knees or breaking her back. 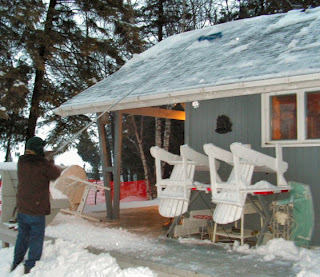 All the while I’m working, I hear that damned snow rake scraping across the roof on the other side. The snow feels and sounds like an avalanche hitting the deck, and I think to myself that this whole process might be absolutely fascinating if I wasn’t the one who had to go over there and start shoving again.

NEWS FLASH: We heard tonight that there’s been a change in the weather. The predicted arctic blast is taking its time getting here. High temps will be 33 degrees tomorrow. That means most of that snow on the roof would probably have melted on its own by the time the REAL cold got here.

Oh, that Mother Nature. She's a piece of work, isn't she? 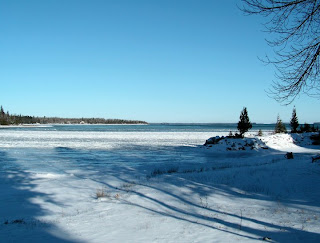 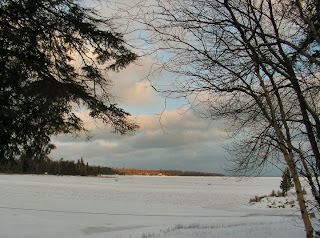 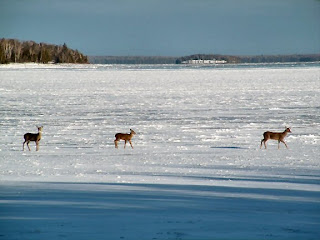 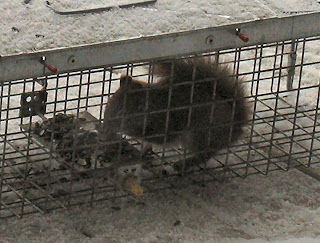 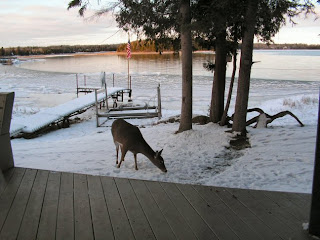 I've long ago given up trying to figure out the hows and whys of Mother Nature. Can't live with her, can't live without her. . .
Posted by RamonaGrigg at 11:09 AM 4 comments: 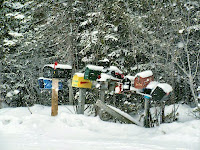 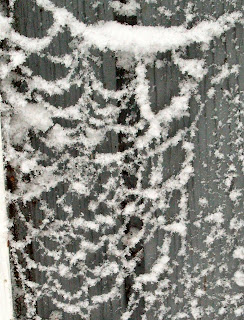 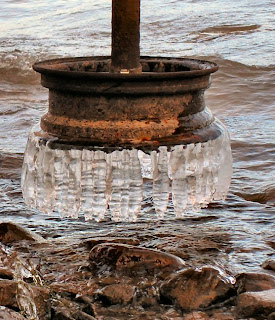 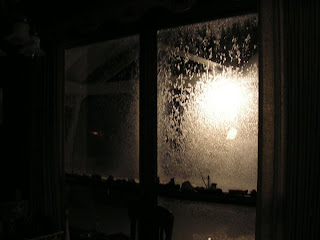 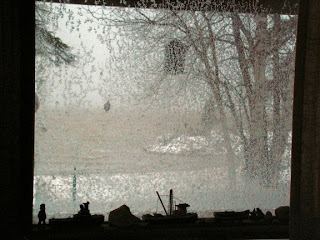 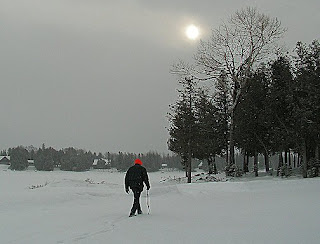 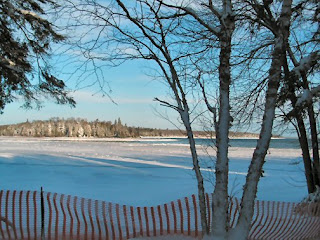